(Directions for our worship. Collect something from your home that can symbolize a palm branch. It can be a scarf, some forks from your kitchen drawer, a twig from outside. When we refer to the palm branches waving-please put your symbol of the branch on your table near you. Collect your bible to look up the scripture passages to follow the reading or read from the bulletin. Each box at the end of the worship is an “attachment”. There are 4 attachments this week. If you need help in working with the attachments, please contact Pastor Susan. 717-377-9266. The Prelude is the first attachment. You simply click on that box to hear the music. If all 4 attachments cannot be sent at one time, another email will be sent to you with the remaining attachments. We are learning how to do this, so we appreciate your patience with glitches.)

Hosanna to the Son of David, the King of Israel. Blessed is he who comes in the name of the Lord. Hosanna in the highest! Welcome to our worship this morning. We greet you and all who have gathered to worship God during this pandemic that requires us to stay at home for safety. Gathering for worship is one of the ways that we work as the Body of Christ. Even though we are not physically together, we join together with our sisters and brothers of the faith that are connected with us this morning through Faxon-Kenmar Church.

2-And also with you.

1-Let us give thanks to the Lord our God.

2-It is right to give our thanks and praise.

All-We praise and bless you, ever-living God, for the acts of love by which you redeem the world through Jesus Christ our Lord.

This day he entered the holy city of Jerusalem and was proclaimed king by those who spread their garments and palm branches along his way, Let these branches be for us signs of his victory; and grant that we who bear them may always acclaim Jesus Messiah by walking the way of his suffering and cross that, dying and rising with him, we may enter into your kingdom.

Through Jesus Christ, who lives and reigns with you and the Holy Spirit, now and forever. Amen.

PROCLAMATION OF THE ENTRANCE INTO JERUSALEM Luke 19:28-40 (Turn to your bible and read this passage)

Response: Blessed is he who comes in the name of the Lord! Hosanna in the highest!

WORDS OF ASSURANCE      God forgives you and loves you-no matter what.

READER 1: Now Jesus stood before the governor, and the governor questioned him, saying, “Are you the King of the Jews?” And Jesus said to him, “It is as you say.”

READER 2: And while he was being accused by the chief priests and elders, he did not answer.

READER 1: Then Pilate said to him, “Do you not hear how many things they testify against you?”

READER 2: And he did not answer him with regard to even a single charge, so the governor was quite amazed.

READER 1: Now at the feast the governor was accustomed to release for the people any one prisoner whom they wanted. At that time they were holding a notorious prisoner, called Barabbas. So when the people gathered together, Pilate said to them, “Whom do you want me to release for you? Barabbas, or Jesus who is called Christ?” For he knew that because of envy they had handed him over.

READER 2: While he was sitting on the judgment seat, his wife sent him a message, saying, “Have nothing to do with that righteous man; for last night I suffered greatly in a dream because of him.” But the chief priests and the elders persuaded the crowds to ask for Barabbas and to put Jesus to death.

READER 1: But the governor said to them, “Which of the two do you want me to release for you?” And they said,

READER 1: Pilate said to them, “Then what shall I do with Jesus who is called Christ?” They all said,

READER 1: And he said, “Why, what evil has he done?” But they kept shouting all the more, saying,

READER 2: When Pilate saw that he was accomplishing nothing, but rather that a riot was starting, he took water and washed his hands in front of the crowd, saying, “I am innocent of this man’s blood; see to that yourselves.” And all the people said,

ALL: “His blood shall be on us and on our children!”

READER 1: Then he released Barabbas for them; but after having Jesus scourged, he handed him over to be crucified. Then the soldiers of the governor took Jesus into the Praetorium and gathered the whole Roman cohort around him. They stripped him and put a scarlet robe on him. And after twisting together a crown of thorns, they put it on his head, and a reed in his right hand; and they knelt down before him and mocked him, saying,

READER 1: They spat on him, and took the reed and began to beat him on the head.

READER 2: After they had mocked him, they took the scarlet robe off him and put his own garments back on him, and led him away to crucify him. As they were coming out, they found a man of Cyrene named Simon, whom they pressed into service to bear his cross. And when they came to a place called Golgotha, which means Place of a Skull, they gave him wine to drink mixed with gall; and after tasting it, he was unwilling to drink.

READER 1: And when they had crucified him, they divided up his garments among themselves by casting lots. And sitting down, they began to keep watch over him there. And above his head they put up the charge against him, which read, “THIS IS JESUS THE KING OF THE JEWS.”

READER 2: At that time two robbers were crucified with him, one on the right and one on the left. And those passing by were hurling abuse at him, wagging their heads and saying, ALL: “You who are going to destroy the temple and rebuild it in three days, save yourself! If you are the Son of God, come down from the cross.”

READER 1: In the same way the chief priests also, along with the scribes and elders, were mocking Him and saying,

ALL: “He saved others; he cannot save himself. He is the King of Israel; let him now come down from the cross, and we will believe in him. He trusts in God; Let God rescue him now, if He delights in him; for He said, ‘I am the Son of God.’”

READER 2: The robbers who had been crucified with him were also insulting him with the same words.

READER 1: Now from the sixth hour darkness fell upon all the land until the ninth hour.

READER 2: About the ninth hour Jesus cried out with a loud voice, saying, “ELI, ELI, LAMA SABACHTHANI?” that is, “MY GOD, MY GOD, WHY HAVE YOU FORSAKEN ME?”

READER 1: And some of those who were standing there, when they heard it, began saying,

ALL: “This man is calling for Elijah.”

READER 1: Immediately one of them ran, and taking a sponge, he filled it with sour wine and put it on a reed, and gave him a drink. But the rest of them said, ALL: “Let us see whether Elijah will come to save him.”

READER 2: And Jesus (AT) cried out again with a loud voice, and yielded up his spirit.

READER 1: And behold, the veil of the temple was torn in two from top to bottom; and the earth shook and the rocks were split. The tombs were opened, and many bodies of the saints who had fallen asleep were raised; and coming out of the tombs after his resurrection they entered the holy city and appeared to many. Now the centurion, and those who were with him keeping guard over Jesus, when they saw the earthquake and the things that were happening, became very frightened and said,

ALL: “Truly this was the Son of God!”

(Follow these words during the music on Attachment – PIC 2)

1-3 Beneath the cross of Jesus I fain would take my stand, The shadow of a mighty rock Within a weary land; A home within the wilderness, A rest upon the way, From the burning noontide heat, And the burden of the day.

Upon the cross of Jesus Mine eye at times can see The very dying form of One Who suffered there for me; And from my stricken heart with tears Two wonders I confess: The wonders of redeeming love And my unworthiness.

I take, O cross, thy shadow For my abiding place; I ask no other sunshine than The sunshine of his face; Content to let the world go by, To know no gain nor loss, My sinful self my only shame, My glory all the cross.

MEDITATION ON THE WORD

PRAYER OF DEDICATION Dear Lord, we give you thanks for the way you provide for us. Bless these gifts of money, in addition to our gifts of time, energy, ideas and witness! We give because we love you. May all of our gifts be used to glorify you and help people be transformed by your love and mercy.

BENEDICTION May you enter a new week with courage, purpose and love, in the name of Jesus Christ, the Prince of Peace.

Visual Verse of the Day 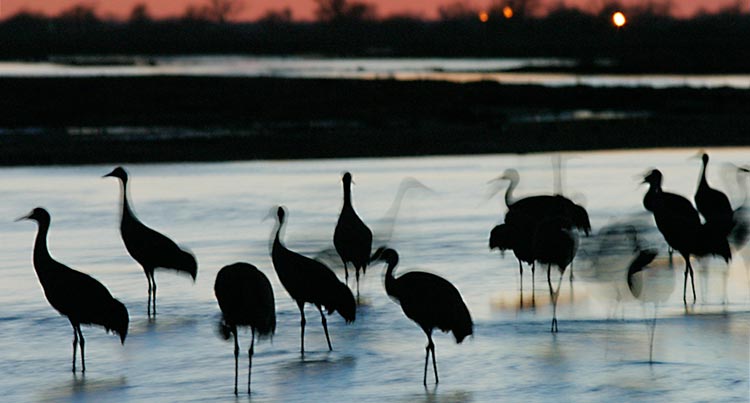 "The Lord will command His lovingkindness in the daytime; And His song will be with me in the night. A prayer to the God of my life." Psalm 42:8